I can’t make my IMX462 camera work on my Raspberry Pi 4B, latest raspbian.

I folowed the instructions from here: 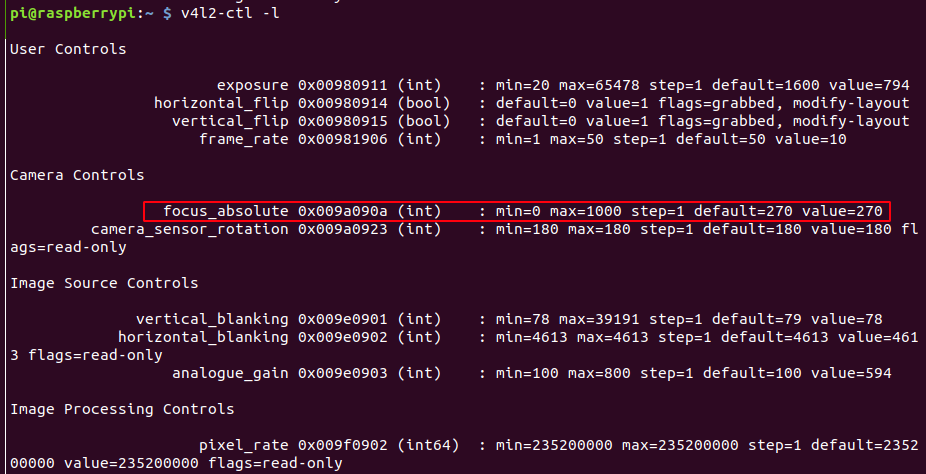 How to access and program the Pivariety Camera using Command Line, Python,...

After running your inspection the result was bad.
So I format my SD card again with the same raspian image I downloaded yesterday.

I have installed the driver from here:

activated camera, and I2C from “interfaces”

and then I have installed the libcamera from here:

How to access and program the Pivariety Camera using Command Line, Python,... 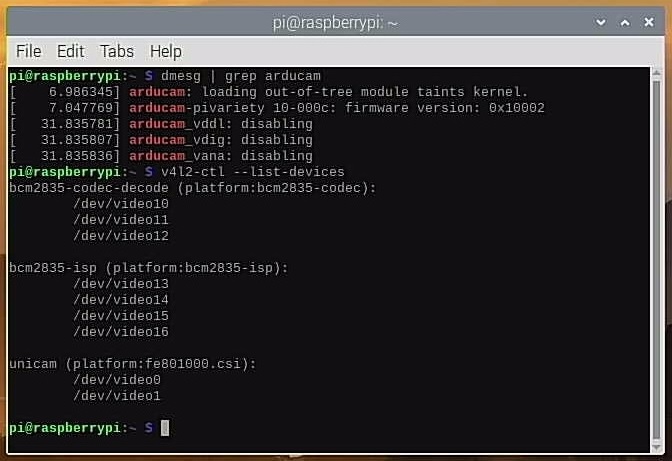 Can you provide some information?

There is another question, are you using the manually compiled libcamera or the libcamera installed by the installation script?

I’m running into the same issue; IMX462 and same errors with a Pi 4

I also tried to compile the code myself led to errors, so I’m a bit stuck now. I’m hoping to have this camera work with Gstreamer Python 1.19 or 1.18 bindings.

Below is my attempt of using the official instructions.

Trying this over SSH, headless, as that will be my requirement.

I’ll try some different Raspbian images to see if I can get a different result and report back if I have any luck. day 2 of trying to get this to work.

Hi @sseguin
Sorry for your bad experience,
Can you provide the cable connection diagram and the detailed photos of the front and back of the module?
I need to confirm if it has any obvious damage.

No need to be sorry, as I understand completely how hard it is to support products like this. I’m grateful that you make cameras like the IMX462 available to those like me. I’m just a big monkey really.

Here is a collection of photos: Imgur: The magic of the Internet

I don’t see any damage, and I think I wired things correctly? I hope. I originally tried to use a Pi 3 with an image that already had gstreamer 1.19 installed, but switched to the Pi 4 with a clean image when that did not work. I didn’t have any complications getting an OV5642 or Pi camera to work, but I understand that the IMX462 requires install work.

I’m using a Macbook M1’s USB-C power adapter and cable to power the RPi 4. Other than a fan and the camera, there is nothing else connect to the pi.

The image I’m using on my RPi4 is: “2021-03-04-raspios-buster-armhf-full.img”, using a 32GB Sandisk Ultra uSD card. From a clean install, without running apt update first, with 1080p monitor/keyboard connected, I used these commands:

I then try to install libcamera and apps, as per the docs

and when I then run libcamera-still -t 5000 -o test.jpg, with monitor connected, I get the no buffers available error, along with a blank/black window appearing. I included photo to that screen can be found here: Imgur: The magic of the Internet

When I run v4l2-ctl --stream–mmap --stream-count=-1 -d 0, I see nothing outputted. It just does nothing; the following output is blank and nothing happens.

I’ve tried this all a couple times now, from a clean install, and don’t quite know what I am doing wrong or if something broke.

My hope is to be able to include the Arducam IMX462 as a pre-built image option for those looking to use it as part of my “raspberry_ninja” open-source project. It’s a project for those looking to easily create their own webRTC-enabled camera using a Pi, Jetson, or other Linux system. I have it working well with different platforms and cameras already, though getting the IMX462-CSI supported is of interest.

There is no problem with the software settings
The hardware connections look good, except for some connectors that are not fully locked: 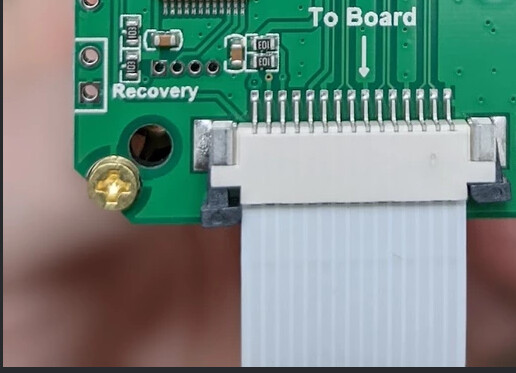 You can try to reconnect all the cables. If there is no improvement, you can replace the module through the place where you bought it.

I tried a different white ribbon cable from my other camera, and reconnected both white and brown cables, but that did not fix things either.

Is it possible to just bypass the ISP and use the sensor board directly? I’d be just as happy to have it work with an Nvidia Jetson for example, which I have here also.

Otherwise, I’ll just reach out to the supplier as you mention. Thank you for your efforts.

Is it possible to just bypass the ISP and use the sensor board directly?

Unfortunately, you cannot connect the sensor directly to the Pi without using the adapter board

I’d be just as happy to have it work with an Nvidia Jetson for example, which I have here also.

Now we are not compatible with Jetson, but if you install the jetvariety driver you may be able to get RAW data, but other functions will not work. (This is untested)

Just following up, but I got another IMX462 from the supplier and it worked like a charm first try. Thank you for the support.

The camera definitely has some fantastic low-light and sharp image; great for security applications. Thank you for offering it.

Thank you for your reply,
Glad your problem is solved!

Check out this SONY STARVIS IMX462 based Ultra Low Light USB camera that camera is capable of capturing high-quality images in the near-infrared region. 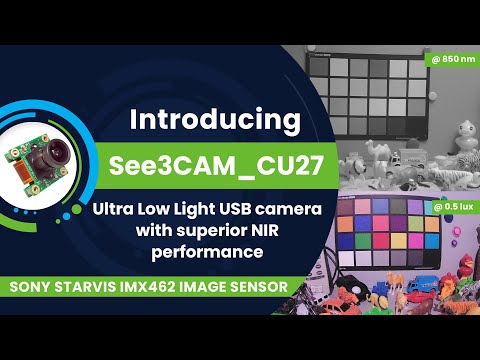 Unfortunately the eCon camera is an USB UVC standard that only supports 8bit per pixel. Check ZWO and QHY for astronomy version of camera using IMX462 and can provide all 12bits per pixel… with custon driver, ( ASCOM driver )

Apparently the camera and driver only work on Pi 4. I just tried on Pi 3 B+ frez OS and driver install … it did not worked… I simply moved the SD card and camera to Pi4 and were no problems… Too bad, I have lots of Pi3 around…

Also you can refer to:

This post is used to explain some common problems with IMX519 and libcamera.

ok, hings start to move…
but…
I can not get long exposure, or hi grain images??? all are equally dark

This is not a problem, the new version of the kernel uses media-controller, you can use v4l2-ctl -l -d /dev/v4l-subdev0 to view the control, for more information, please refer to:
https://forums.raspberrypi.com/viewtopic.php?t=322076

The latest kernel driver is using media-controller, use v4l2-ctl --list-formats-ext to list the formats supported by media, if you want to check the format of the camera, please use libcamera-still --list-cameras

ok, hings start to move…
but…
I can not get long exposure, or hi grain images??? all are equally dark

I’m not quite sure what you mean, the command seems to be executed without problems.