I would like to use the Pivariety Camera B0333 (low light) with Picamera 2 on a Raspberry Pi.

I install the driver (on latest bullseye) and libcamera apps. Response is: All drivers and camera installed successfully. But I am not asked to reboot. So, I manually reboot.

Libcamera-hello does not work, no camera detected.

Then it tried to build the kernel for arducam pivariety camera, explained here under point 2: 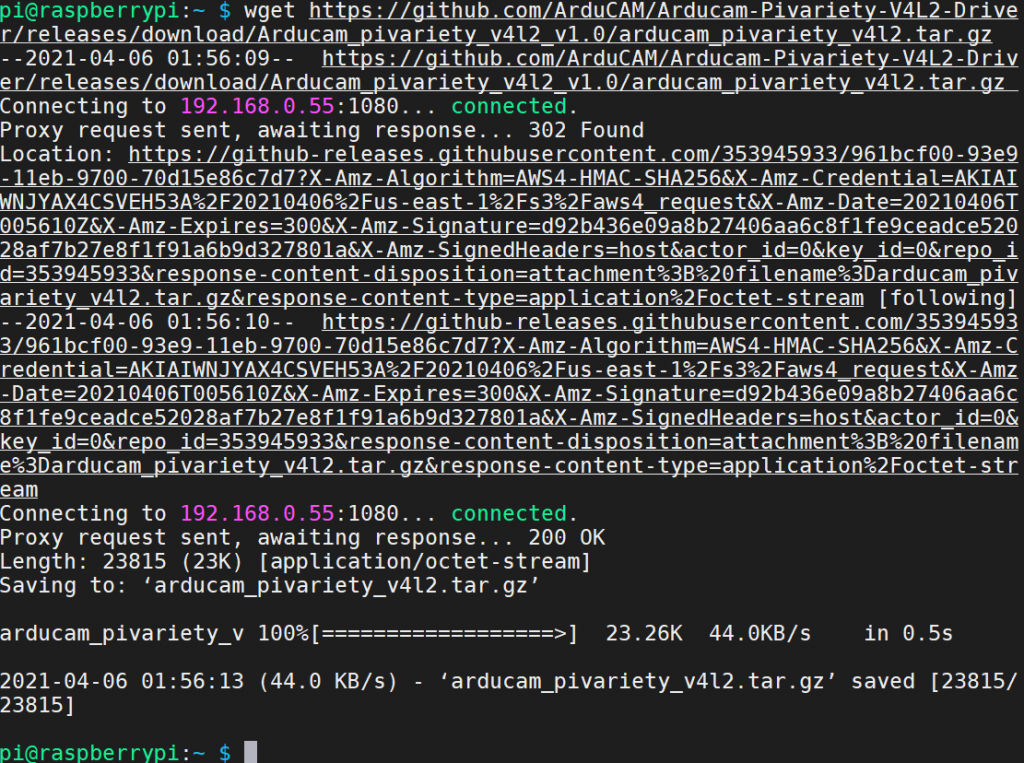 But I am already stuck after the first step. I can git clone the arducam pivariety git.

But then what is “cd /linux”? There is no linux folder anywhere. Patching the arducam driver does not work.

So I tried the second way, but run into a problem because of a connection timeout fail, perhaps the source is wrong?

I really need to get this running. What am I doing wrong? Sorry, I am not an advanced user yet.