I test the time delay by capture image, as shown below: 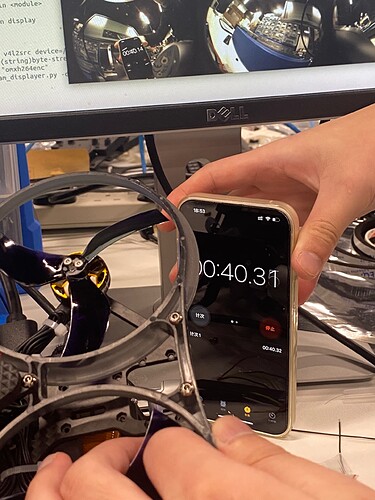 I also use VIO (GitHub - HKUST-Aerial-Robotics/VINS-Mono: A Robust and Versatile Monocular Visual-Inertial State Estimator) to test the delay, and it’s shown to be near 170ms also

Any reply to this?
Please help XD