Q: If I touch the camera platform one of the servos starts vibrating, touching again it vibrates a bit less or it stops. No software is running.
A: try to set up the value of the rotation angle from 0-180°to 10°-170°? Because 0-180° is its critical value, which may be unstable.
Q: The issue also happens when no software is running to manage the servos.
Remember this video IMG 7908 - YouTube I only touched the structure with my finger.
I replaced that circle by a camera with its lens as you can see in the last attached video.

Hi,
As we can see, you have three modes in this script. Let’s say the script is named test.py

Hi Dion,
That’s correct.
When I change the position of the camera with that script it works okay but sometimes the kit starts shaking as you can see here. Sometimes it stops by itself, sometimes doesn’t. 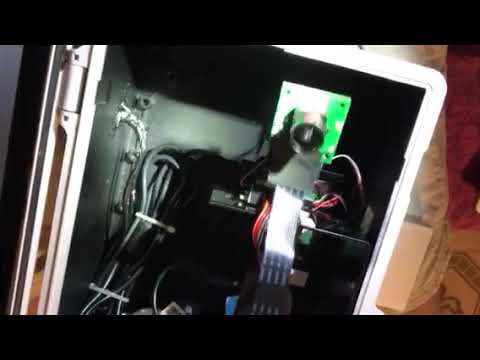 Moreover I found another issue that make this kit almost unusable for my works.
I left the camera fixed and powered for three days running a timelapse from crontab: it took a photo every 5 minutes during daytime. I found two times one of the servo (horizontal) moved CW around 2 degrees without any reason from my side. No other software is running but the default system’s.
As said this is useless for timelapses.

Hi,
My colleague has replied to you and we want to make a remote help for you.