I have been attempting to set up my Arducam MT9F002 with my USB3.0 UC-425 Rec. C shield. The images that are coming out on the shield are too dark and the color is off. So first I went through the tutorial on how to control the coarse exposure register setting to brighten the image. This was easy enough but the tutorial shows the default coarse exposure so I checked the config file and found the register being set twice 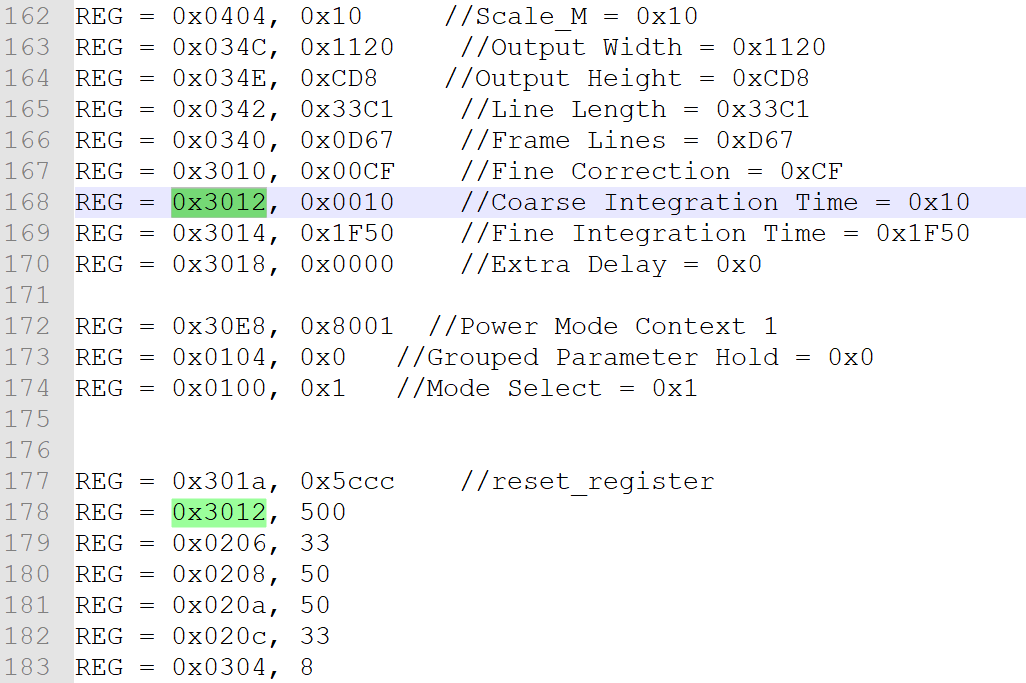 So i went into the given GUI program to test which is being used and found that, indeed the second value is being written to the register 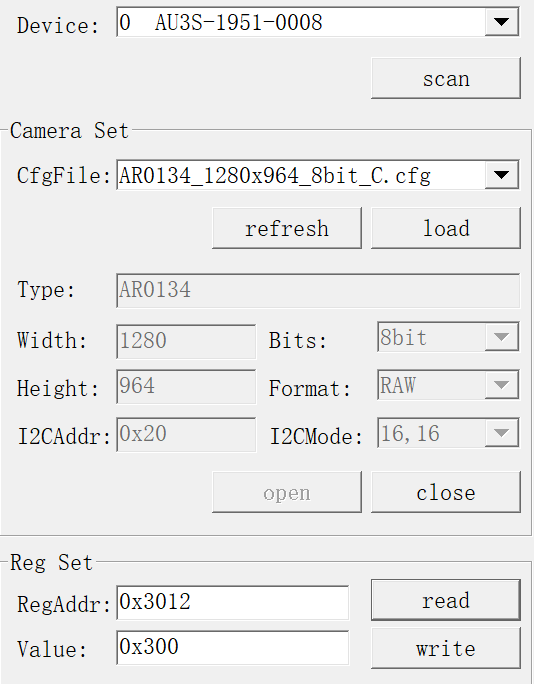 However when I use the preset settings from the config file, the resulting image is terrible 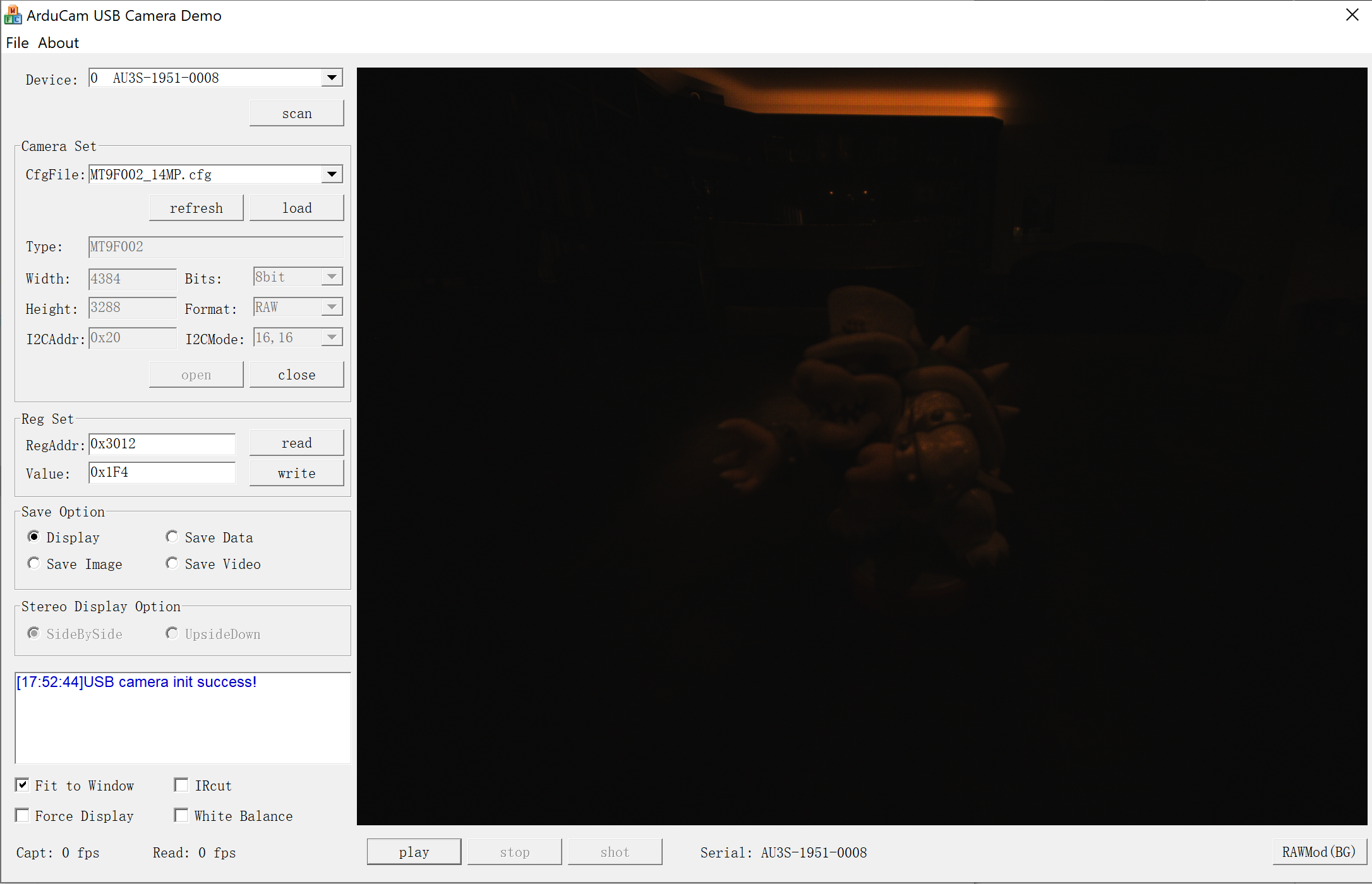 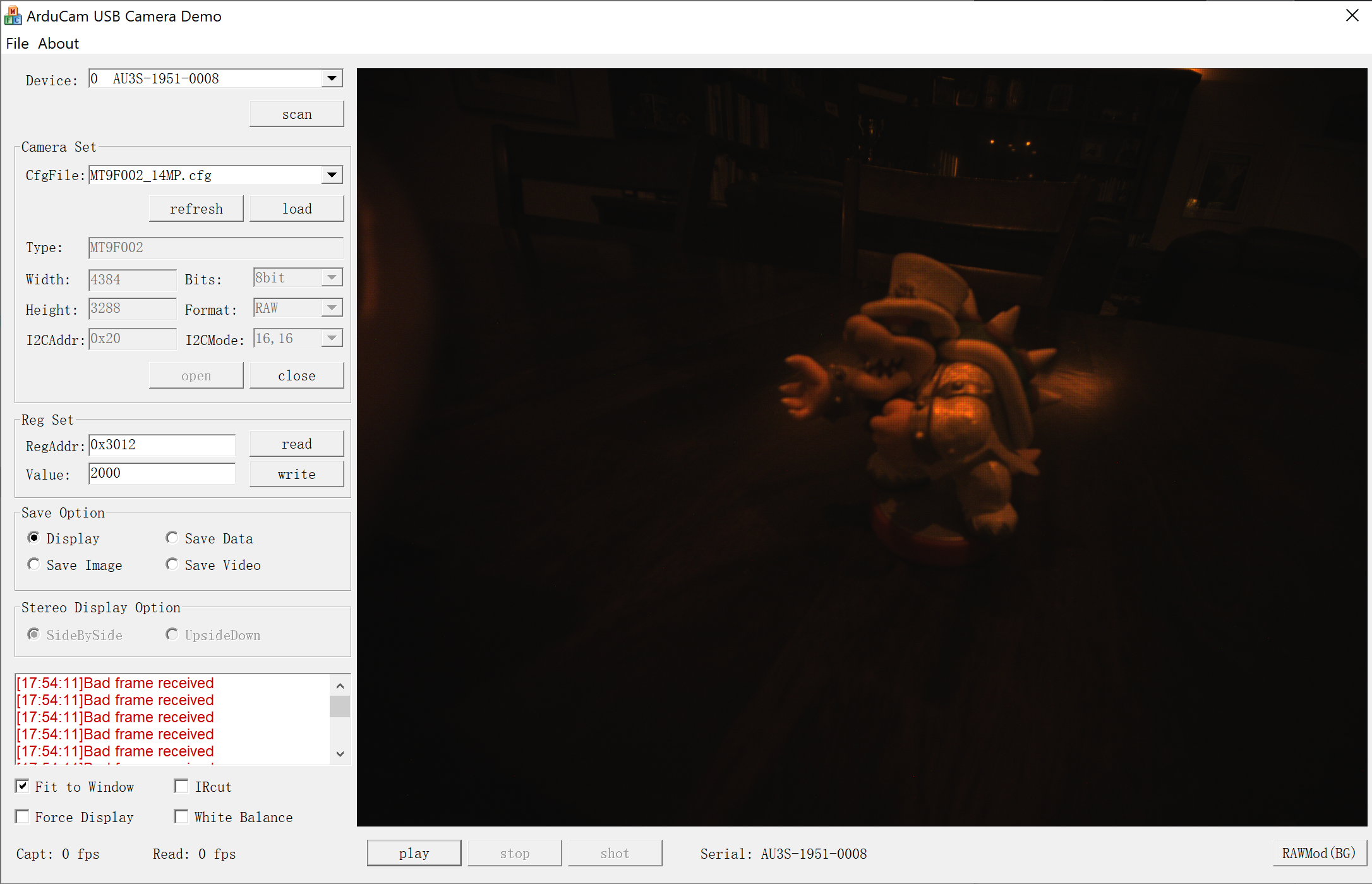 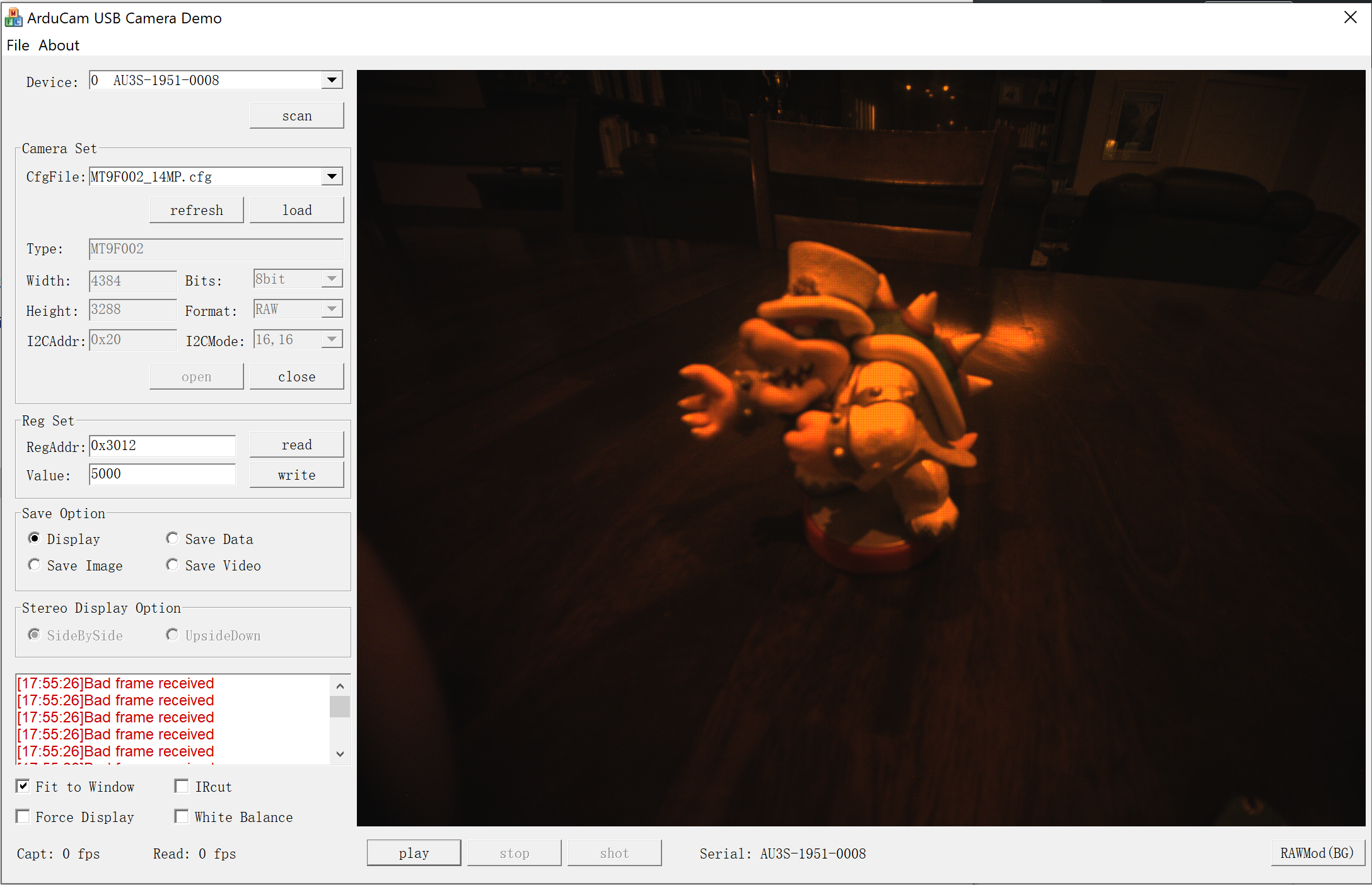 As you can see, the image DID brighten, but not to a point of usability and the colors are still wrong. Other issues that resulted from raising the coarse exposure by this amount included several “Bad frame received” messages and the FPS plummeting to barely 1.

While I ordered a MT9F002, and the box it came in says MT9F002, the sticker on the camera itself says MT9F001, so I decided to give the MT9F001 config file a shot. The results are nearly the same with the exception being that the colors are closer to their true values 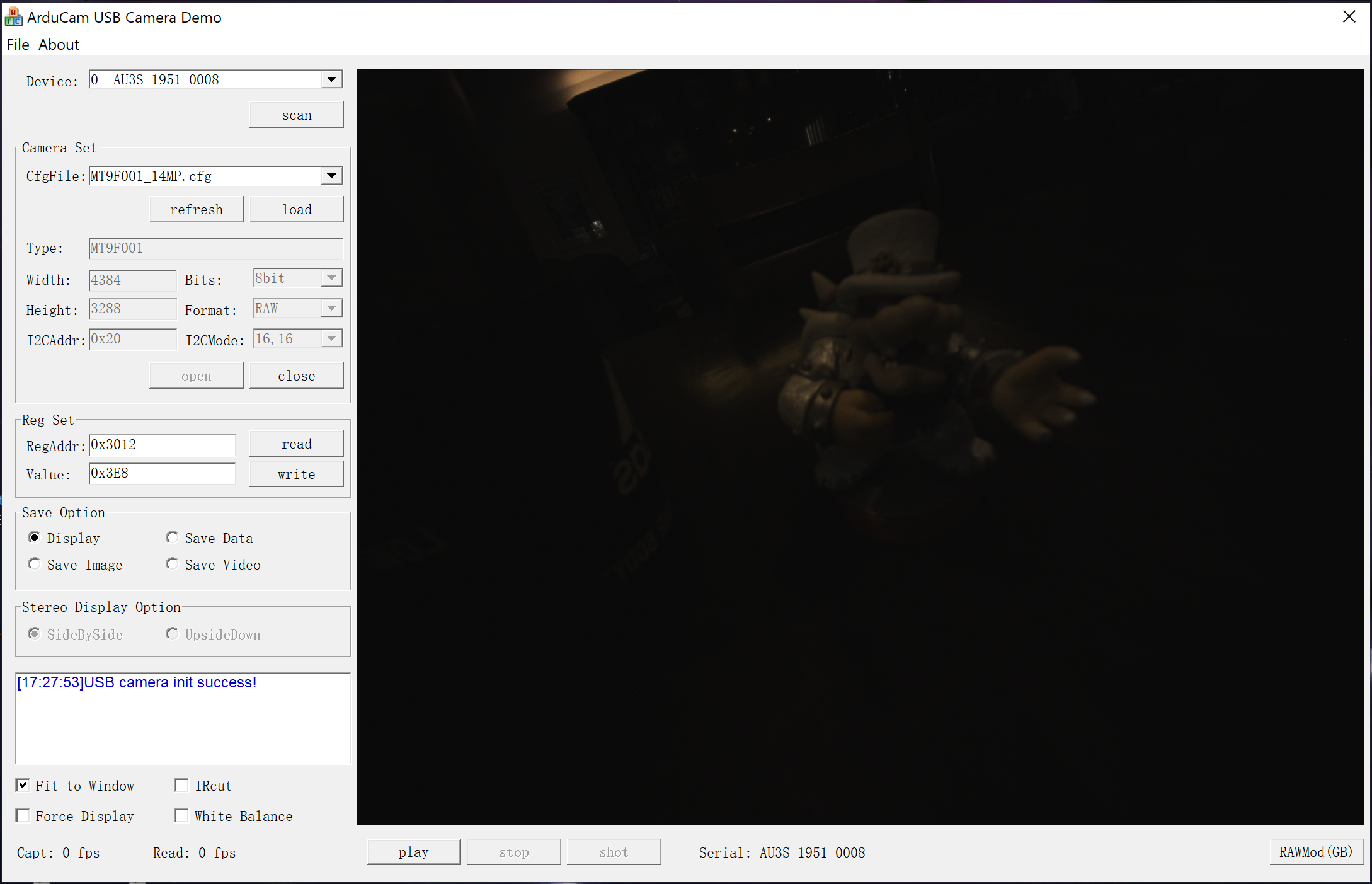 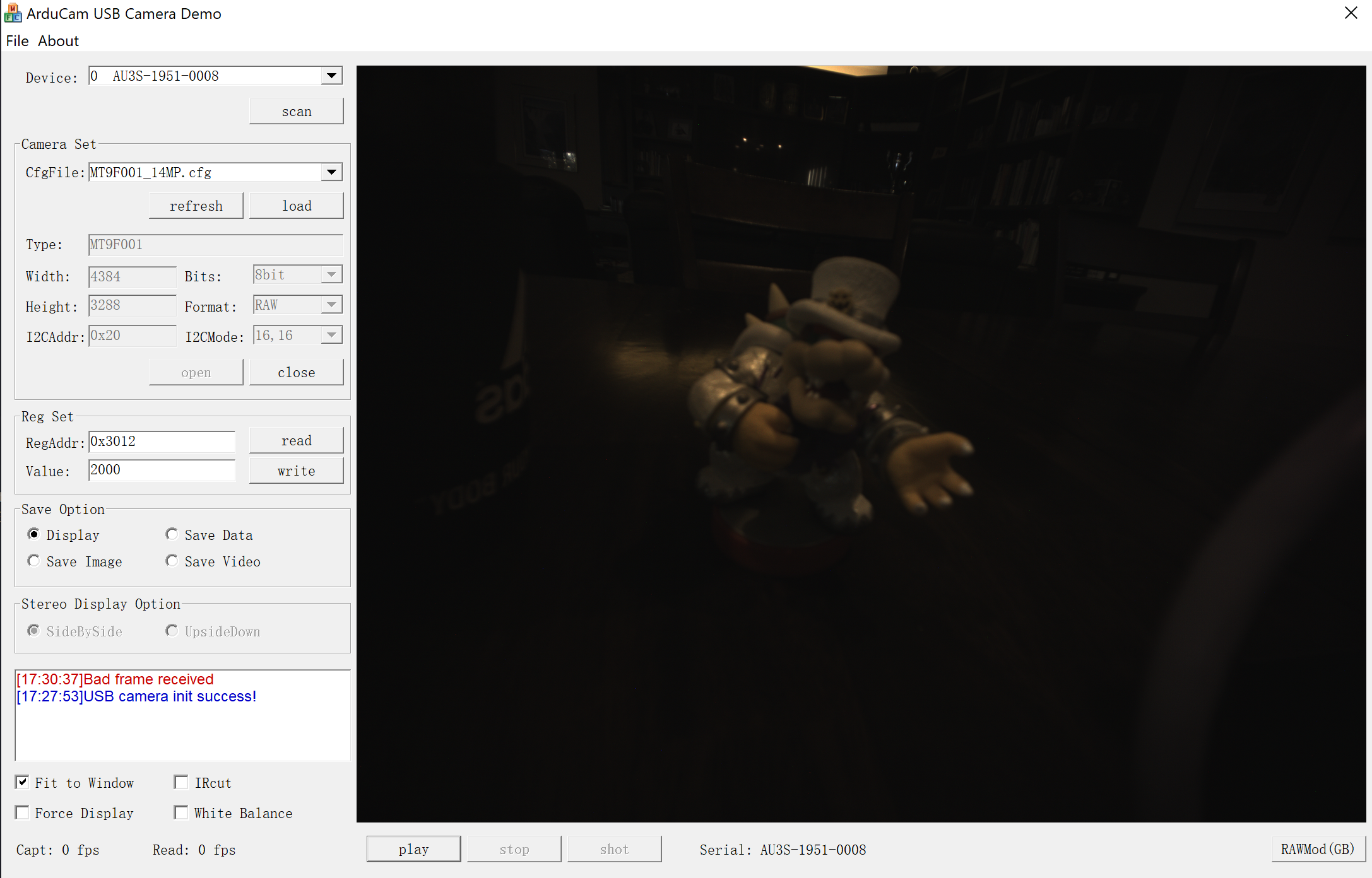 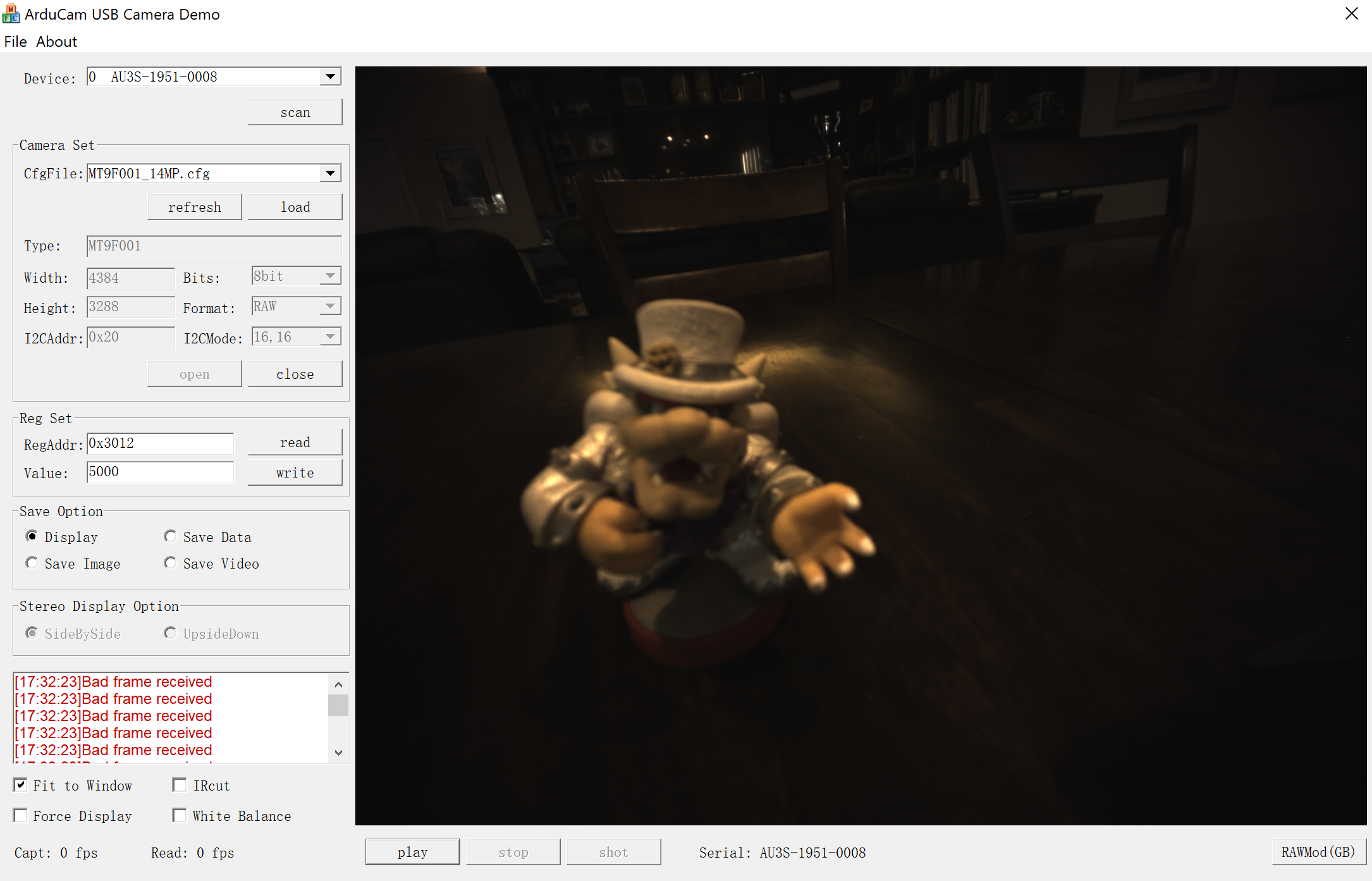 I don’t believe I am the only one having this problem and I have yet to see a response from Arducam. Are there any helpful souls who could provide some insight into this matter?

Here is what the correct image would be for reference

This forum won’t let me go back and edit my post a second time so I’ll post a reply. Obviously when I say coarse exposure, I mean coarse integration time

Thanks for your business.

Now the MT9F001 does not have ISP process, it just get the raw format image, which need post process if you want to make the image looks better. Arducam now is working on image process.

This does not explain why the images captured are dark as night when there is full lighting in the room. RAW images need processing, yes, but this is obviously not a post-processing issue.

As you can see by my lengthy post, I have tried that. It’s not good enough.

The configure file you are using is too old. Please download our new configure file here https://github.com/ArduCAM/ArduCAM_USB_Camera_Shield/blob/master/Config/USB3.0_UC-425_Rev.C/MT9F001_RAW_8b_4384x3288_5fps.cfg

I have tested it and it works normally.